Skip to content
MENUMENU
Home \ News \ Alterations in fat metabolism are associated with the progression of Amyotrophic Lateral Sclerosis
Researchers from the USP Chemistry Institute are pioneers in analyzing the set of nervous system lipids, which is a knowledge that can help to develop new treatments 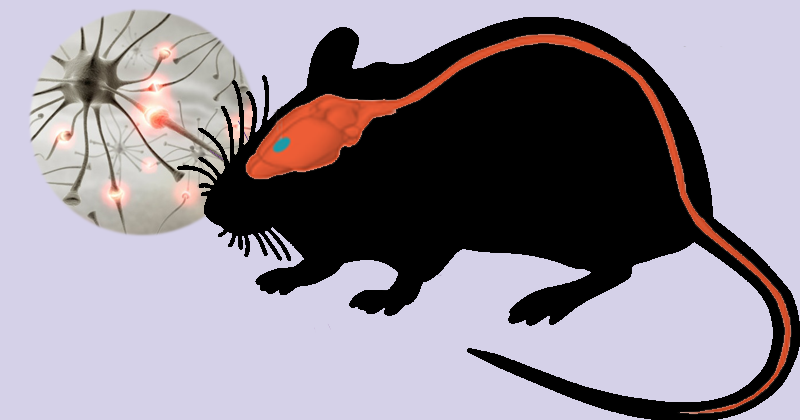 An observational study, conducted by researchers from Instituto de Química (IQ – Institute of Chemistry) of USP and Cepid Redoxoma, reported important findings related to Amyotrophic Lateral Sclerosis (ALS), a neurodegenerative disease that affects movements and respiration. The group investigated all lipids present in tissues of the central nervous system of rats with ALS and showed that an accumulation of cholesterol esters and a decrease in the levels of cardiolipin occur in the spinal cord of these animals. The results are in the article Alterations in lipid metabolism the spinal cord linked to amyotrophic lateral sclerosis, published in the Scientific Reports journal, on August 12.

Lipids―or fat molecules―are found in large amounts and variety in the central nervous system (CNS) and perform important functions: they control the fluidity of cell membranes and form a type of cover called myelin sheath, which involves axons in neurons and facilitates the transmission of electrical impulses. Alterations in lipid metabolism in neurons are associated with aging and the onset of neurodegenerative diseases. “These alterations could be a consequence of oxidative stress and the increase in free radicals”, Adriano Britto, the first author of the study, explains. “Our objective was to understand the relevance of these molecules in the progression of ALS.” Oxidative stress is the imbalance between the production of free radicals, which are harmful to cells, and antioxidants, which protect the cells from these damages.

Previous studies had already described the presence and increase in these compounds in the nervous system. The group characterized and quantified all the fat molecules in the brain with a technique called mass spectrometry, taking a step forward in the search for new treatments.

The scientists used an animal model that has the symptoms of the disease only in the adult phase. SOD1-G93A rats express a high amount of superoxide dismutase protein, which has an antioxidant role and combats the formation of free radicals. “Expression” is the term used to say that a gene is active and coding protein. “SOD-1, when mutated, stops combating oxidative stress, aggregates itself and produces a cluster that damages the cells”, Adriano Britto emphasizes. To compare, wild animals, that is, without mutation, were used as control.

The rats’ tissues of the motor cortex and spinal cord―most affected regions in this model―were removed for analysis in two phases: at 70 days of life, when they still do not show symptoms, and at 120 days of life, when the disease is already installed. “At this stage, the animals have all the symptoms of the disease and several paralysis”, Sayuri Miyamoto (associate IQ professor and the study coordinator) says.

The most interesting results were observed in the spinal cord. “Among the 406 quantified lipid species, we found a significant increase in cholesterol esters, also known as storage lipids, and a reduction in the levels of cardiolipin,” according to Marcos Yukio Yoshinaga, a biologist responsible for lipidomic analysis in the study. “We found cholesterol esters in the bloodstream, in other organs, but the presence of these compounds in the brain is not common”.

Cholesterol esters are in human plasma (yellowish liquid component of the blood) and in the liver, for example, and one of its functions is the transport of cholesterol to the body. A part of human cholesterol exists esterified, that is, attached to a fatty acid. However, oxidative stress and mitochondrial dysfunction are factors that induce neurons to produce more cholesterol. Similar mechanisms have been described in Alzheimer’s disease, but those involved in this process are not yet clear. “Our data show not only the increase in these cholesterol esters, but also the decrease in a lipid of mitochondria, called cardiolipin”, Sayuri complements.

Cardiolipin is found in the internal membrane of the mitochondria and plays an important role in the structure and function of these organelles. Under normal conditions, the astrocyte, one of the most abundant cells in the brain, captures glucose from the blood circulation, converts it into lactate and transfers it to the neuron. The lactate is oxidized, goes to the mitochondria and generates ATP, which is the necessary energy for the neuron to function properly. “This decrease in the levels of cardiolipin tells us that there is some dysfunction in the mitochondria”, Sayuri says. “When there is a problem in the organelle, the same oxygen―which would be used to produce ATP―receives an electron, becomes a free radical and attacks other biomolecules”. Increased levels of these free radicals, also called reactive oxygen species (ROS), promote increased lipid synthesis in neurons, which subsequently accumulate in the form of lipid droplets in glial cells.

In the motor cortex, 285 lipid species were identified and quantified, classified in 26 subclasses. In older rats, the scientists observed an increase in sphingolipids (components of the myelin sheath), probably associated with the age of the animals.

Amyotrophic Lateral Sclerosis is one of the major neurodegenerative diseases alongside Parkinson’s and Alzheimer’s disease. Its causes are still unknown, but studies indicate that 10% of them are associated with genetic factors. According to data from the Brazilian Ministry of Health, the pathology affects 2,500 Brazilians per year.

The disease affects the motor neurons of the brain and spinal cord. In the short and medium term, the patient feels muscle weakening, involuntary contractions and becomes incapable of moving arms, legs and body. Generally, people with ALS live from three to five years after the onset of symptoms.

“The strength of this work is to provide new information on lipid analysis,” Marimélia Porcionatto (associate professor at the Department of Biochemistry at the Federal University of São Paulo – Unifesp) explains. “Understanding the mechanisms involved in the formation of these lipids opens perspectives for the development of drugs that could save and prevent the death of neurons,” Adriano Britto adds.