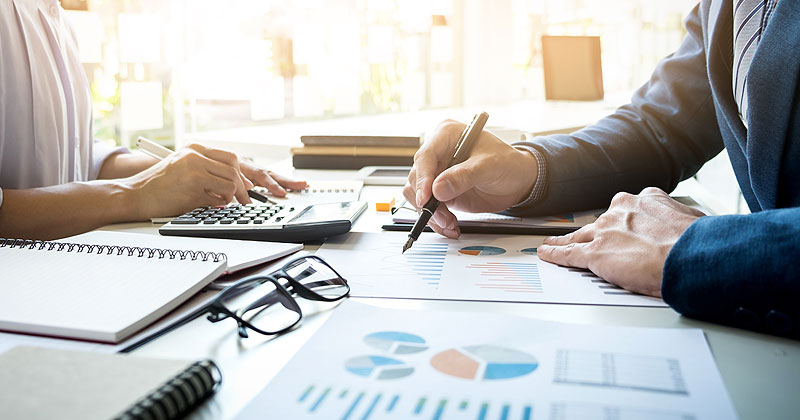 A platform has now been made available to the public which makes it simpler to access the intellectual production of researchers from the University of São Paulo (USP). USP’s Digital Library of Intellectual Production (BDPI) encompasses the scientific, scholarly, artistic and technical production by researchers, as well as theses and dissertations defended since 1985 at the highest-ranked university in Latin America.

Designed to work as a refined search tool which is also easy for users to customize to their interests, it allows for finding, retrieving and tracing the production of researchers, departments and units of the University of São Paulo from a single interface.

Besides full-text access to documents which are available to open access on the internet, BDPI shows how to access older material which hasn’t been digitalized yet. The records date back to the year when USP researchers were first required to deposit their production with the university libraries. But it’s possible to retrieve some items dating from before 1985, even from before USP was set up — for example, theses and dissertations defended at the then Law School and at the Polytechnic School in 1912, 1914, which are in their respective libraries (those units existed before USP was founded, and were later incorporated into the University).

Thus, BDPI is more than just a map of all that content; it’s an action which values the institutional memory of the University and of Brazilian science itself, according to Tiago Murakami, Head of Division of Information Treatment Management of USP’s Integrated Library System (SIBi).

Is everything really in there?

As regards the content, all records feature a link to a full text, as long as it is available and accessible at the University. “At the core of the initiative lies the idea of promoting open access to full-text documents, thus making access democratic and encouraging the sharing of knowledge which is produced”, say Murakami and Elisabeth Dudziak, Head of SIBi’s Division of Development and Innovation Management. So, as they explain, linking documents to existing records is being done gradually.

Something you cannot find at this Digital Library are texts produced by students which are not master’s theses or doctoral dissertations. Among other reasons, such restriction is related to author’s rights, as students’ association with the university is temporary. Nevertheless, as a considerable part of the scientific and scholarly production of students — such as articles published in journals — is co-penned with professors, we can also expect to find a great deal of that material in the database. Moreover, productions by faculty members from before they were officially hired by USP or from after they left the university are not included in the records.

BDPI can be used for finding articles, conference papers, books and book chapters, theses and dissertations by subject, author and unit, thus showing the competences and expertise of USP researchers.

But it is also a source of indicators and metrics associated to the recorded knowledge, as it features totals by type of material, author, year of publication, language, title of source, publishing company, funding agency, database indexing, among other options for retrieving data, which are presented in charts.

It also allows for producing reports which can be either viewed on the interface itself or be exported. All of that makes it a strategic tool for USP to conduct its planning concerning what is one of the pillars of its existence: scientific research.
.
Besides that, the records are enriched with applications which blend with data from other journal databases, including information on citations; and everything is updated in real time. That means if a paper by a USP researcher is cited in any journal shortly before someone searches for the same paper at the Digital Library, the applications looking for such citations will find them and display them along with the record.

It is worth reminding the “citation in high-impact scientific journals” criterion is one of the main quality indicators of the science a paper contains.

The indicator dashboard provides a concise visual snapshot of pre-set information, which can be customized by users by applying filters. Researchers can be provided with aggregate information on their unit, department or on a given researcher, which allows for a global overview. Access is at http://bdpi.usp.br/dashboard.php. 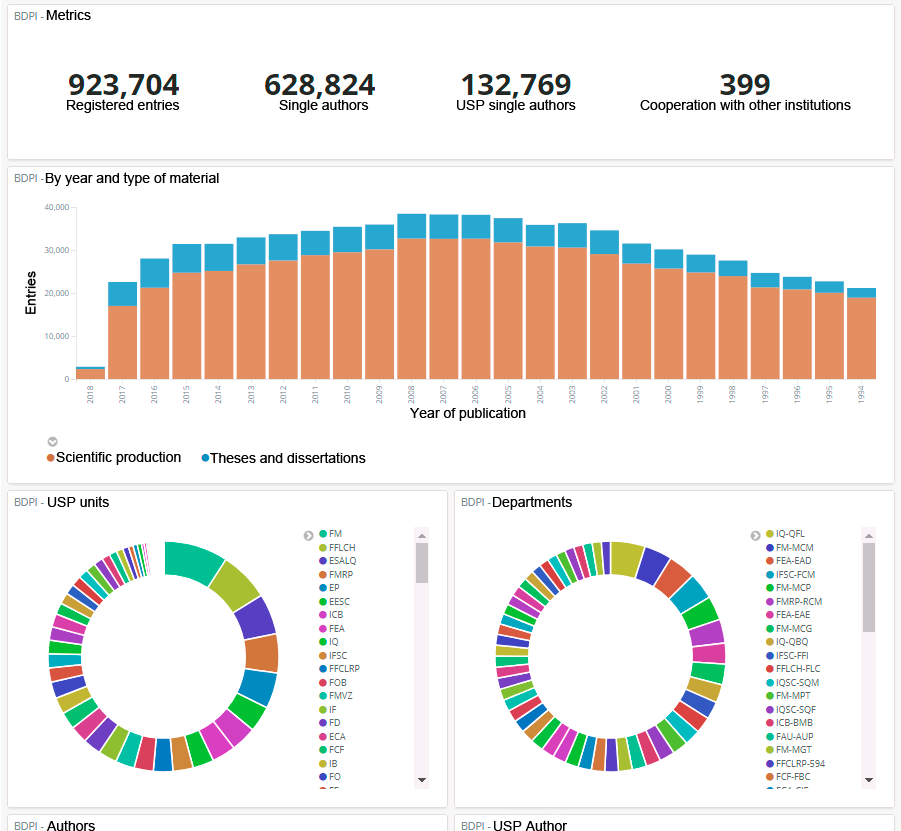 BDPI was developed within the University by its own team, and customized according to USP’s characteristics. It was strongly inspired by Vufind, an open source library search engine. Built from free software, BDPI is totally compatible with Google: for the field names they used a format of structured metadata this search engine uses, making it easier for those looking for content at google.com to index and retrieve data.

The platform gathers information from entries registered at Dedalus (USP Bibliographic Database) and at the USP Digital Library of Theses and Dissertations, and enriches those records by collecting information from other sources, from the Lattes Platform to international databases such as Web of Science, Scopus and Dimensions. Data is collected through applications like “Application Programming Interface” (APIs).

“It’s a joint effort by USP authors, library teams and the SIBi technical department”, as Murakami and Elisabeth Dudziak stress; “and the initiative strengthens the goal of preserving the university intellectual production and promoting effective open access”.